The theme of this lesson set is on the narrative or “Let’s Tell a Story”. Students will learn to look to the world around them for artistic inspiration and see how famous French artists Henri Matisse and Georges Seurat did the very same thing!

During Lesson One, students will be introduced to French artist Henri Matisse, learning about the events of his life, his artistic development and his very prolific art career. Matisse is perhaps most well-known for being one of a few 20th century artists, called “Les Fauves”, who created the art style of Fauvism. This style lead him to focus more on the use of bright colors and bold lines to give his pieces an expressive value, rather than representational or realistic qualities. This can be seen even when he began making his paper cutouts during his late years and up until his death.

Students will have the opportunity to look at some examples of his paper cutouts and will be encouraged to reflect upon what they think the underlying “story” may be. Then, in keeping with the theme, each student will write down their own brief narrative about someone important to them in their lives (be it friend, relative, or pet) and use it as inspiration for a construction paper cutout composition, in the style of Henri Matisse.

During Lesson Two, students will learn about another French artist, who inspired Matisse himself! Georges Seurat was a post-impressionist painter, who is noted for his invention of pointillism, a method of painting in which small “dots” of color are applied to form patterns, creating an image. Seurat also looked to the world around him for inspiration, as can be seen in his paintings of public parks, rural and suburban life, and even the circus (another thing he and Matisse had in common!).

Students will have the opportunity to learn about Seurat’s life, career, and see some of his many works of art. They will also learn about the painting method that he created: pointillism. Once again, in keeping with the theme, students will use their narrative skills to write a short story, expanding their horizons from including one person to including multiple figures, as can be seen in Seurat’s “A Sunday Afternoon on the Island of La Grande Jatte”. This change in subject will encourage them to consider not only themselves and those close to them, but also all the other inhabitants of their community.

For the entire lesson plan and Powerpoint click on the links below. 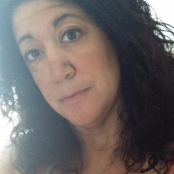 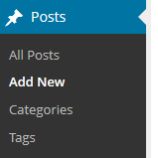