The Penrose stairs or Penrose steps, also dubbed the impossible staircase, is an impossible object created by Lionel Penrose and his son Roger Penrose.

A variation on the Penrose triangle, it is a two-dimensional depiction of a staircase in which the stairs make four 90-degree turns as they ascend or descend yet form a continuous loop, so that a person could climb them forever and never get any higher. This is clearly impossible in three dimensions.

The “continuous staircase” was first presented in an article that the Penroses wrote in 1959, based on the so-called “triangle of Penrose” published by Roger Penrose in the British Journal of Psychology in 1958.

M.C. Escher then discovered the Penrose stairs in the following year and made his now famous lithography Klimmen en dalen (Ascending and Descending) in March 1960. Penrose and Escher were informed of each other’s work that same year. Escher developed the theme further in his print Waterval (Waterfall), which appeared in 1961.

In their original article, Penrose’s noted that “each part of the structure is acceptable as representing a flight of steps but the connexions are such that the picture, as a whole, is inconsistent: the steps continually descend in a clockwise direction. 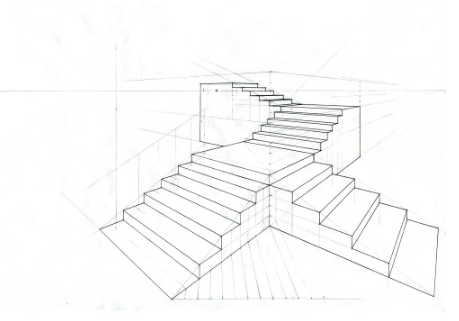 How does the Penrose stair illusion work?

The Penrose Stairs It is a two-dimensional staircase, which is comprised of four 90-degree turns, forming a continuous loop. The staircase could then be ascended or descended forever without ever reaching the end. This illusion is caused by perspective distortion.

Why are Penrose Stairs impossible?

The Penrose Stairs is simply an impossible figure because if one were to complete a loop of the stairs, one would end up again at the same level even though each step of the stairs continuously rises or fall, depending on the clockwise or anti-clockwise direction.